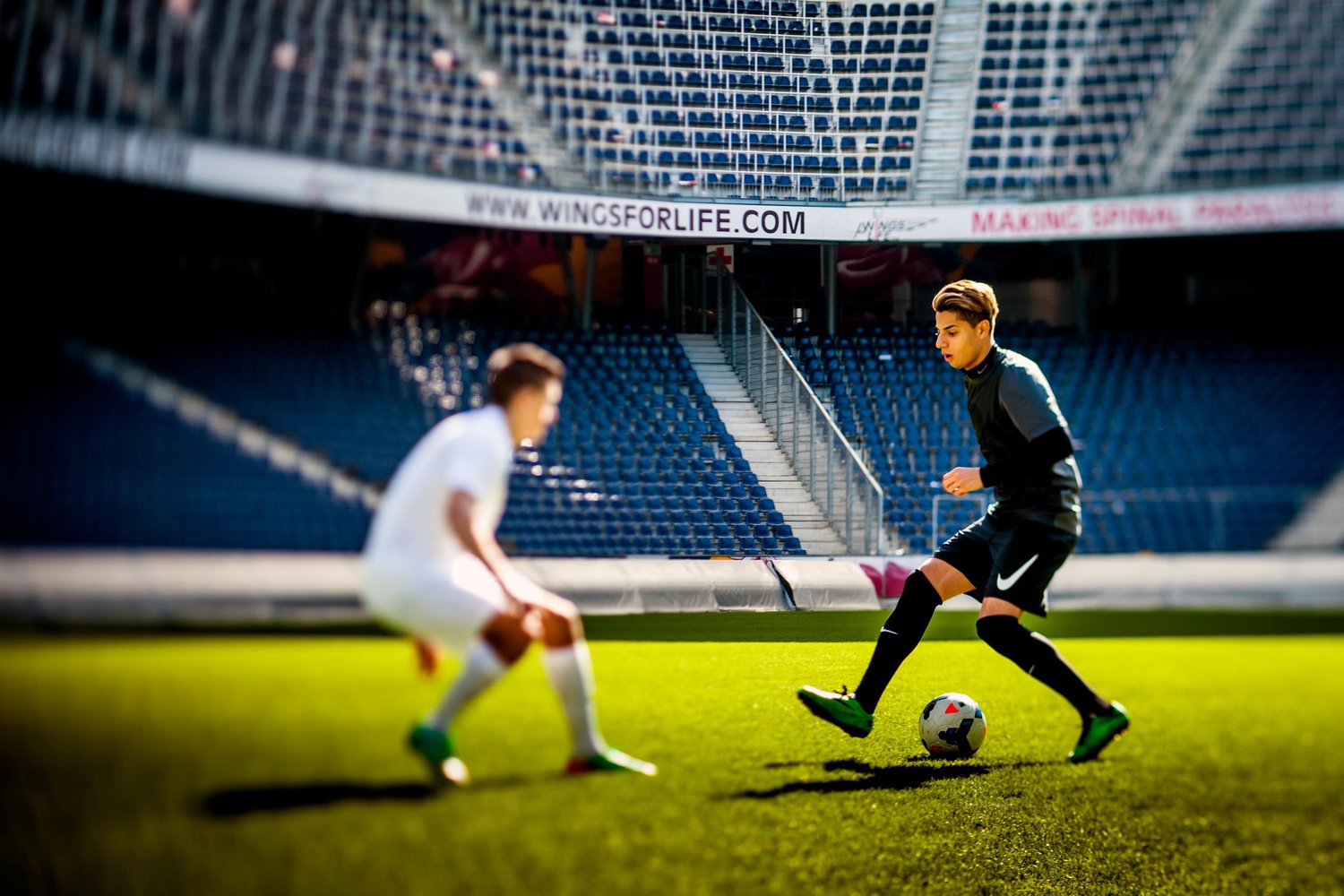 After having three boys who began playing soccer at the age of four, I’ve notice one main skill that the best players on the field seem to have. I believe it to be the most important soccer skill for kids to develop.

The development of this singular soccer skill can potentially double the number of goals and great passes your young soccer player will have this season. (By young, we are mainly talking about kids ages 4-7.)

The cool thing is, this simple skill is easy to teach. But it takes a lot of repetition to develop.

The Skill of Kicking Equally With BOTH Feet
It’s far from rocket science, I know. But this skill will make your child’s accomplishments on the soccer field take off! It’s simply the most important soccer skill for kids to develop.

What My Experience and Observations Have Taught Me
From my years of experience watching and teaching my own three boys, I’ve noticed one significant difference in the top scoring players on a team. They have nearly equal ball handling and shooting skills with both feet.

Why Is This So Important?
When your child can use both feet equally, he’s always ready to shoot or pass. I can’t tell you how many times a game I see kids with a wide open shot miss their chance to bury it in the back of the net because the ball came to their weak side.

There are three ways this type of play usually goes down:

The player has to stop or settle the ball and attempt to get his body turned and in a position to kick it with his strong foot. This gives the defenders time to move in and take away the great scoring chance.
The player tries to kick the ball with his weak foot, but since it is his weak foot, the ball rolls slowly toward the goal and the goalie easily pounce on it.
The player tries to kick it with his strong foot, but since his body is better aligned to kick it with the opposite foot, he either fans on the ball completely or kicks it wide of the goal.
Not Just For Goal Scoring
Developing both feet isn’t just about scoring goals. It comes into play every time your child has possession of the ball.
It helps him make a move to his left or to his right to go around a defender.
It helps him dribble faster and more efficiently without breaking stride to adjust and advance the ball with only one foot.
It helps him make a quick pass to an open player on either side of his body.
It helps him clear the ball up the sideline on defense instead of just kicking it out-of-bounds.
Start Developing Both Feet Early
The earlier you help your child develop skills with both feet, the better. If he learns it during his first year of playing, he’ll be less likely to develop a “strong” foot. A foot he relies on and has more confidence in. He’ll have equal confidence in both feet.

How To Teach The Most Important Soccer Skill
The coolest thing about this skill is that teaching it is extremely simple. And most kids understand the concept pretty quickly.

Then you can play a game of “long kickback” to help him build strength in his legs.

You can move to passing games using both feet next. Then dribbling games.

If your child already has a dominating foot, no big deal. Just play these games and tell him to use only his weak foot. But don’t call it his “weak foot.” No need to put that thought in his head. ;>) Make up some cool name for a game that uses the foot you want him to develop. Something like, “Left Foot Launcher.”

Praise The Development
Once your child starts to use his former weak foot, without being reminded, praise the heck out of him. I’m constantly going out of my way to yell, “Great left foot buddy!” Now my 5 and 6-year old boys make a point to tell me when they score using their left foot. They think it’s a pretty big deal.

So, if you have one or more little soccer players on your family roster, give these tips a try and kick start their development!

We train in different parks in the Woodlands area. To learn where your son would play, please contact us.

Training
Monday through Friday, depending categories.

We work hard with young players, teaching them discipline, technique, strategy, and skills to become great players, but most importantly, great human beings.